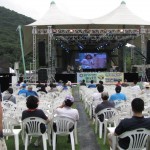 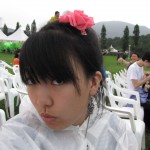 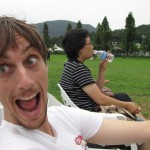 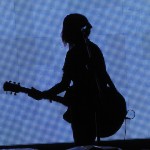 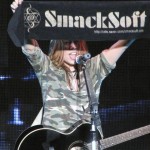 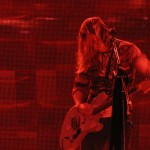 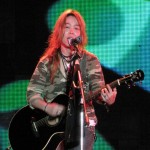 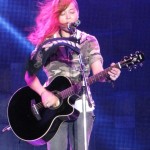 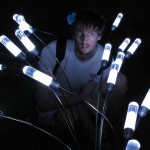 This saturday we went to Pentaport Festival. It was my first Korean festival. Although Luna swore not all festivals are like that, there were seats in front of the scene. They were actually quite far so even though we sat on the first row we probably were 5 meters from artists. That was a shame, because we obviously couldn’t stand up in front of other people and I guess it didn’t help the ambiance. Anyway most people were probably over 40 years old. Honestly that looked pretty weird, there were no even a single food shop !

But I didn’t really care anyway because I could decrypt my favorite Korean band name on the festival poster. I already saw SmackSoft on Christmas day 2008 so I knew what to expect. And I was not disappointed. That was a tremendous concert. I have no idea what’s different or what lyrics are about and it will probably sounds like average alternative rock to most people, but their songs really move me. Especially in live. I never saw any concert like that. It is pure awesomeness. I just can’t wait to see them on more time, that time in a small concert hall hopefully. I strongly suggest to check out their Facebook profile as well.

And to complete my perfect festival, I could record some part of the concert in full HD with not so crappy sound, enjoy !

Oh ! I almost forgot to mention why there was such a wide space between the scene and the seats. At the very end of the festival, they shot fireworks from there. So they needed a security distance to protect people. But that was way not enough. It was raining fireworks on us. People used umbrella to protect themselves and I even got a bunch of fireworks on my laps. That was fun, but it looked more like people going in panic mode rather than enjoying the nice scenery. Somehow it reminds me new years eve in Seoul where everybody shoot fireworks in the crowds (even do firework battle).