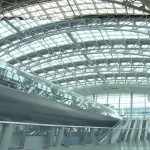 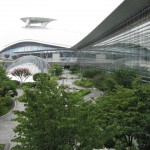 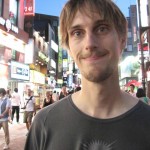 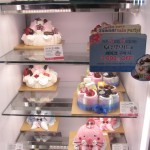 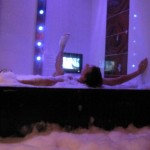 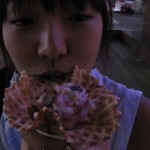 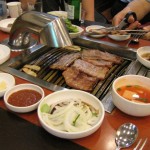 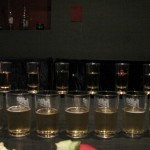 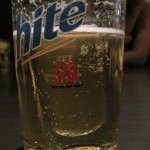 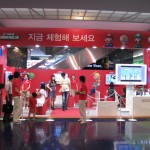 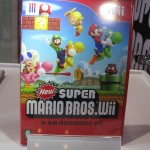 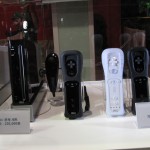 At Istanbul I realized how much I enjoy traveling alone and being totally lost with nothing else to do than find your way. But much more strange is when I got to the gate for my next flight and got surrounded by Koreans, a different ethnicity than me, and yet I had such a strong “home” feeling. Anyway after a long trip I ended up safely in Incheon airport (they didn’t notice my massive food importation) where Luna’s father and brother were waiting for me. They told me Luna couldn’t come as she was sick. Pretty bad start for my stay here. But then I felt someone giggling behind. She actually was recording me from far away. Anyway I was glad to arrive there as I was sure the weather would pretty hot and much more stable than in Switzerland. Not disappointed, it was hot enough.

Before leaving the airport we had a walk there as it is a much awarded place. There is a kind of botanic garden which reminded me of Papiliorama (included natural hot and humid weather). We took a few pictures and left for home where Luna’s mother were waiting for us with welcoming meal. I ate almost all bulgogi by myself, one of my favorite Korean dish.

As I am lucky enough to be able to work from there we mostly went out in the evening. But Luna is busy in the afternoon, so I have to meet her outside before meeting our friends. That was my very first time I went out in the street by myself. Needles to say I got lost. It was supposed to be an easy bus ride: from right in front of our house, to 16 stops later and then just walk in the subway. First trouble is the bus was full so I had to stand up. Who cares ? People like me who tend to be taller than everybody else and actually can touch the bus roof if standing straight. That especially mean I have no way to see anything outside. Windows are either way too low or cluttered with ads. So I am supposed to rely on bus stop counting. The problem is I am not much concentrated and probably miss a few stops or count them twice and the bus may not even stop everywhere if nobody is going out. So it’s not an exact science. Luckily they told me the trip was 20 minutes long. The bus had a very convenient clock right in front of me. So when I kind of guessed enough time passed and when I may have more or less heard something similar to the name were I had to stop, Bupyung, then I got off.

But nobody told me there is a Bupyung Market, before Bupyung Station. So I walked around, tried to get some directions, and surprisingly enough I quickly found a map, understood my mistake and tried to take the subway to the next station. For some reason my transport card didn’t work, so I went back to the street and started walking to my destination. Luna called as I was already 30 minutes late and suggested she come pick me up, but I had no way to tell here where I was anyway. So I walked till there, and somehow found my way in subway labyrinth to the right platform, but I was not sure, so I was looking at the map when Luna scared me from behind.

After this adventurous trip we finally met our friends (1 hour late). We had samgyeopsal and went to a bar for drinking where they taught me drinking tricks to show off back in Switzerland.

I still have quite strong jet lag and it’s pretty hard to get “normal” timing as here everybody eats whenever they want (many times a day) and we go shopping at 22h00 and come back around 01h00. There is no such thing as timing rules here. So I set up my computer to Korean time and set up a daily alarms on my mobile to remind me when it’s morning and evening. But I still got to enjoy Korean life. First of all is bathrooms. This is the most ingenious and yet most obvious invention ever. Bathrooms where you can actually spread water everywhere, flood the bathtub, or have a shower while seating on the toilet if you ever fee like. It’s so much more convenient. I wish all bathrooms were like that.

3 thoughts on “One week later”