Following the awesome weekend in High1, we spent two days last winter in Yongpyong, the place where 2018 Winter Olympics will take place. 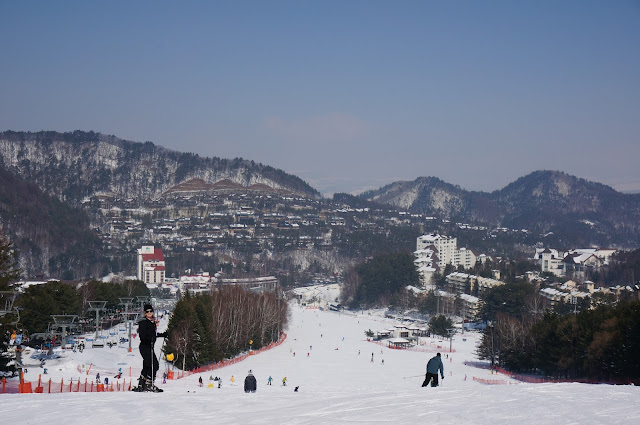 It’s the first place in Korea who got ski lifts and snow canons in the 70s. So I guess we can safely say it’s the oldest ski resort of Korea. But that doesn’t show. As is standard here, the facilities are very convenient and modern. Shops, rentals, restaurants and coffee shops are all very welcoming. Including the mandatory Churros stand.

This time we opted for one day skiing and one day walking. And after a similar start (early-sleepy-cold). I came to realize that I actually had been there before, 5 years earlier. And my overall impression is similar. Much more slopes than what we could expect. 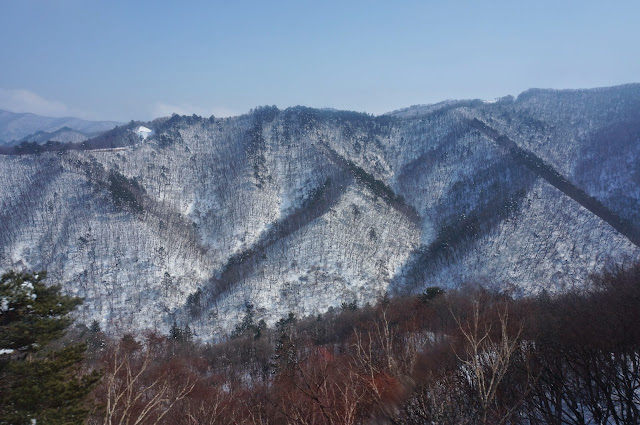 However, with only one (and half?) peak, it made me feel slightly smaller than High1, but I would not be surprised if it’s actually a false impression. Somehow beginner and advanced slopes are more separated from each other. Especially with an “advanced-only” area featuring 4 slopes and 1 lift. That’s probably best for everybody. But at the same it’s slightly less convenient when we actually want to meet someone. Because of that, I felt slightly less “freedom” than High1. 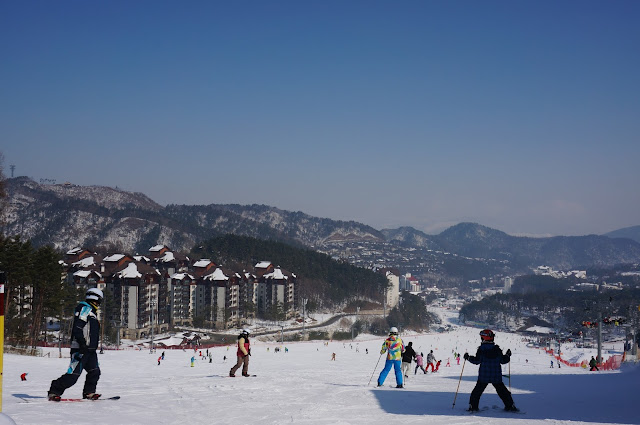 However that doesn’t make it bad. Far from it. We had great snow (with a record of two weeks non-stop snowing). And the slopes themselves are good. Since I picked ski over snowboard I could practice my bump field skill. I would bet my breakfast that some Olympic competition will be held on that very same slope (from which I can’t find back the video). 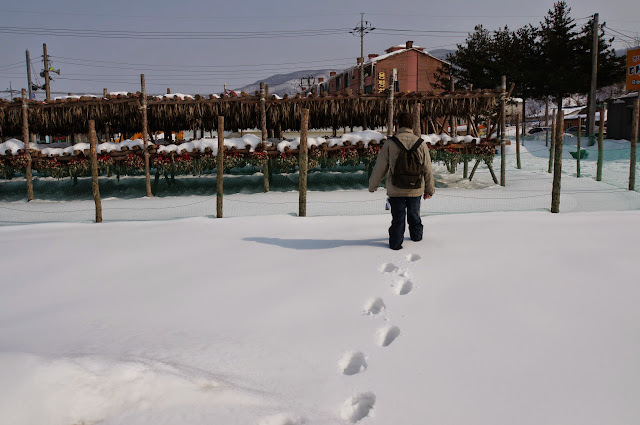 On the second day, our walk was slightly shorter than planned. We had a look at drying fish fields. Those fishes are supposed to be frozen-dried. So that’s a pretty interesting landscape of snowy fields covered with “vineyards” of hanging fishes. 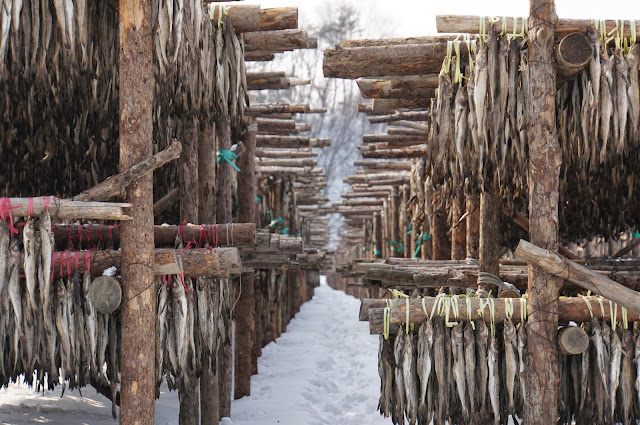 Then we went back to the resort itself to ride the bus back home. But not before trying the sledges and zip-line ! This beats hands down High1’s sledge (which I didn’t even bother mentioning in previous article). 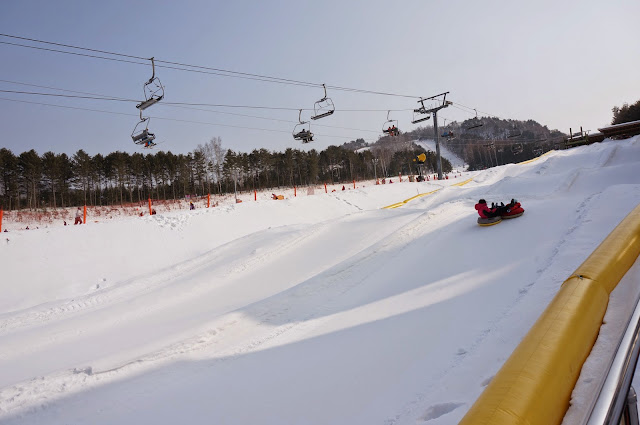 So all in all it was yet another excellent winter weekend. It’s hard to tell which resort is better, but if you intend to go sledging, there’s absolutely no doubt that Yongpyong is the destination of choice ! 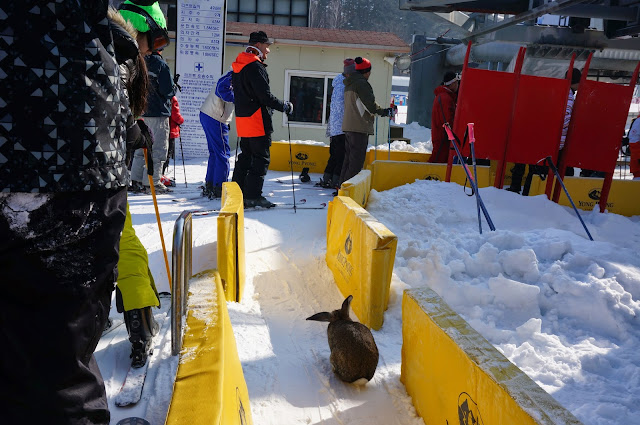 1 thought on “Skiing in Yongpyong”