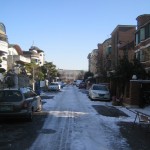 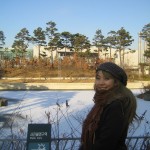 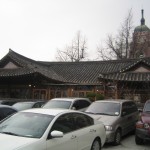 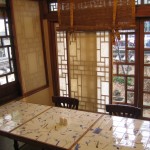 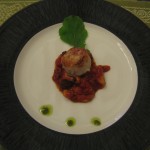 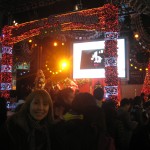 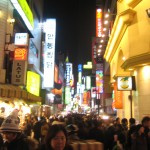 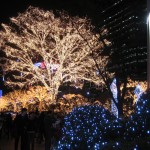 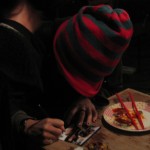 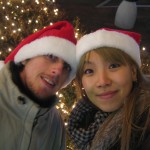 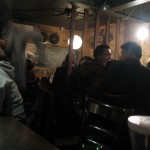 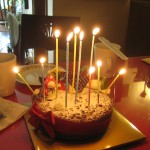 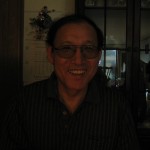 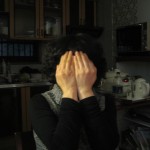 Christmas is not a family thing in Korea. That’s rather the opposite, everybody goes out and get drunken with friends. As Luna’s friends are almost all young parents (or soon will be) we were on our own. Nothing to worry about though, Luna planned everything.

On day before Christmas, I was surprised to see snow outside. In spite of the freaking cold, it seems strange to have snow in Seoul. However I have been told it’s not uncommon (rather in January than December though). Anyway snow did not stay long and on 24th, when we were heading to our first appointment, it had totally vanished.

So we started the day with a meal in a traditional Korean house. After a late breakfast it was pretty hard to find enough room to store all that yummy food. Despite some incredibly dangerous incident we got away alive (I’ll talk about that later). And we arrived just in time in cinema to watch The Day the Earth Stood Still. Hopefully Luna booked two seats the day before otherwise we couldn’t have seen any movie that day.

By the time we came out of cinema, it was already dark, so we had a walk in busy street with so many lights everywhere. I still have no idea what all these people were doing there, shopping on Christmas eve ? I’d rather say they pointlessly wandered like us.

It may not be obvious but we actually walked a lot between subways and my stomach started to shout at me. So we looked for our dinner place, which was pretty difficult to find. And when we eventually arrived in front of the door I had some sudden doubts about the kind of place it was. I expected some sort of restaurant, probably special in some way, but that looked rather like an old crappy building with stiff stairs. To my surprise I actually entered an alternative rock concert hall.

I asked Luna to go to see rock concert once in Seoul, but I did not expect to see a concert on Christmas, at least not outside of a church. I quickly felt comfortable there as it is quite similar to what we may have back home (funny smoke excepted). We listened to some amateurs bands, waiting for our meal which was supposed to be included in entrance fee. Unfortunately we learned that we would eat after all band performed. As it was getting pretty much late (according to my stomach at least) I wished concerts were shorter, especially that girl who mumbled instead of singing and who obviously was not much talented with a guitar.

However, the last band made me change my mind as it was no less than Smacksoft, a really great underground band whose leader is 황보령. I knew only a few songs, since I heard them for the first time in Sydney, but that was really cool songs. For my biggest disappointment she sang only three songs. That’s way too short. But she sang my favorite one so it’s ok. And I bought her last album to be able to listen to more songs. She even signed my CD ;-)

Anyway as the concert finished, it was finally time to eat ! Problem is the meal I was waiting for so long was almost only oysters. Beurk. Luna convinced me to eat one or two of these slimy creatures, but it was not enough. So we decided to leave the concert hall and seek for real food somewhere else. At 1 in the morning we ended up in a bar full of drunken Koreans. We did not really intended to drink but it was not allowed to order food without drinks. So we ordered a bottle of soju. And as Luna could not drink alcohol I had to drink the whole of it. Sweet :-) That was a nice day to end Christmas eve, I even got a few new (drunken) friends over there ;-)