Moving in is usually no small task as it implies moving out and in at the same time. However in our case we moved out more than three months ago and didn’t actually moved in until very recently. So we had plenty of time in between to have a rest. A much needed rest as both moving were exhausting but in different ways.

Throwing out my youth

The moving out was more of a psychological challenge. Over the years I learned to get rid of material things. But so far I never had to throwaway a single videogame related item. Not once (except for those games “borrowed” by “friends”). I guess nothing is forever though. When I got married, long time ago (!), I knew this dreadful day would somehow eventually come. So I had time to prepare myself, but still…

Luckily not everything is lost, never to be seen again, actually quite a few items went to nice people. Knowing that they are in good hands for many years yet to come made it easier to split with them. I may even see them again (people included) ! :-) 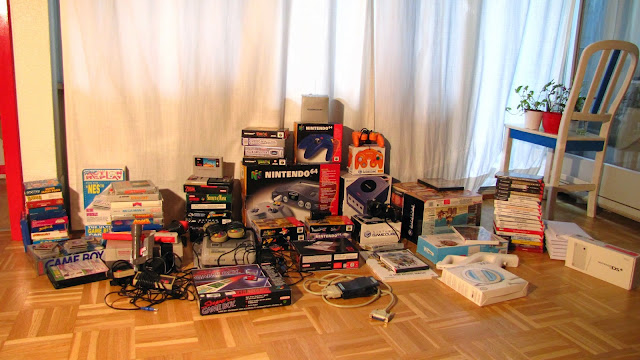 And then we had to get rid of other stuff. Furniture, clothes, kitchen appliance, food, etc. It’s amazing to see how hard it is to give things, even for free, to people. But we eventually did pretty good.

Finding a house in Seoul was slightly harder than expected, but we did it in three weeks. That could have been much worse. Except there is one thing I ignored until I stepped in the flat for the first time. Here, people leaving don’t need to clean up. That’s up to the guys entering the house. At first I wouldn’t have said the house was dirty.

I spent a whole week cleaning up the kitchen before it would be even remotely usable. Starting with tearing off two layers of horrible wallpapers to reveal tiles (and tearing off tiles as well :P). Sponging pool of oil around the cooker. And ending up taking out the entire cooker to clean up behind it.

Then  we spent a few more days cleaning up the fridge and the whole kitchen. Every evening, when going to bed, thinking “good job, that’s it, done !” and next morning realizing that there is one more layer of dirt to clean up.

Then we had to clean up our bedroom (sleeping in living room so far), change wallpaper, paint a few stuff. And when the washing machine came, it was so dirty,  she cleaned it up for two entire days. Except it didn’t work when she finally connected it. So we changed it for a new one, and checked it was clean before accepting the deal.

Every time we go out, we check if people throw away something interesting. We picked up a few thing. Most important, a table to eat. She, all by herself, renovated it. Now it looks exactly, or even better, as the 250$ table we saw in shop. Except it costed us less than 40$ and we have four chairs with it.

Basically she spent three weeks cleaning up and it’s still not quite finished (I need to clean windows  two more times), but at least it’s sanitary. she cleaned up so well the kitchen that our entire family would be proud of her. But the point is, now we are settled. We have everything we need and we will soon have everything we want. The flat is nice (and clean) and I like the surrounding. I’m ready for Korean life ! 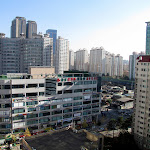 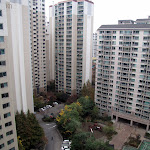 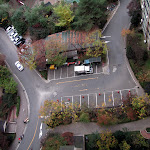 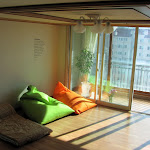 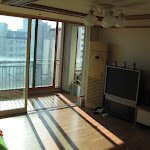 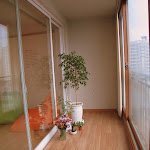 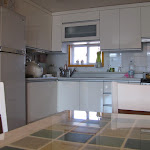 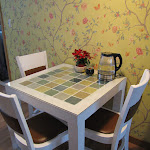 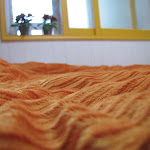 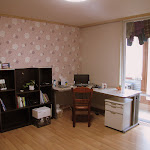 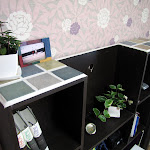 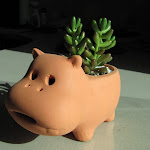 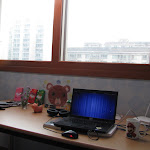 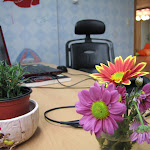 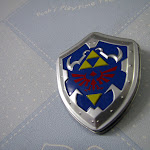 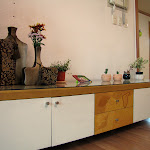 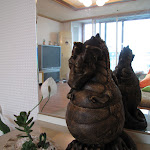 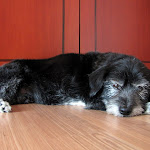 PS: yeah, somehow I seem to have lower standard than my entire family when it comes to cleanliness. I guess my parents already spent the quota of clean awareness of my generation before I was born …