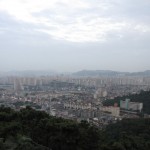 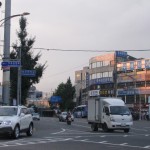 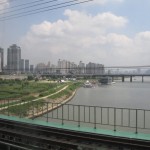 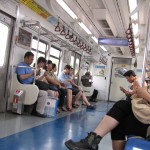 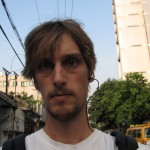 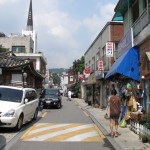 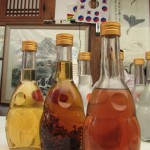 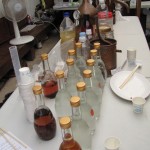 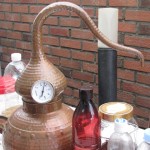 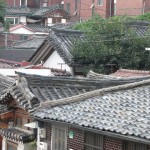 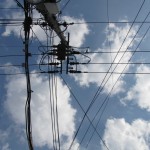 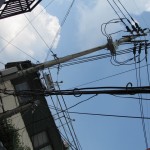 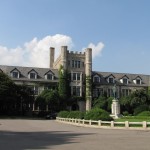 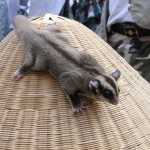 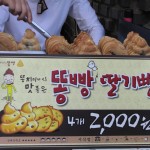 This saturday we went to Seoul Open Night. An event to promote downtown activities. There is an area with traditional house filled with ateliers. So we headed there, walking in the street around midday was a pretty bad idea considering the heat. Since we didn’t find our goal directly, we walked around and I probably sweat 2-3 liters before we got the atelier.

As usual I didn’t know what that was all about and was pretty scared to have to do anything artistic with my hands. But Luna probably knew it and she planned something much more fitting for me: a soju degustation !

Two guys welcomed us, and a few other people, and started to explain how to make real soju. Luckily Luna translated some bits, so I learned he makes soju from mostly fermented rice which is then distilled. His colleagues behind him looked like an old master with long hair and a shirt literally soaked with sweat. While the first explained, the second cooked buchimgae, because you always eat something while drinking.

When they finally finished, the interesting part started: drinking. The homemade soju taste very different from industrial and especially it smells extremely different. It’s hard to define the smell, but it’s really nothing like the industrial one. We gradually tasted 20°, 30° 40° and 70°. That was great, and with the heat we got drunk pretty much fast. You don’t feel the 70° going down you throat, it all disappear in your mouth instantly.

We then proceeded to another place to see an martial art show, but got there a bit too late, so instead we watched the traditional Lion Dance. That was better than I expected, I like their costumes they don’t really look like lions, but it’s cute when they dance. I only hope dancers were able to survive the incredible heat it should have been under these costumes.

6 thoughts on “Streets, soju and lions”