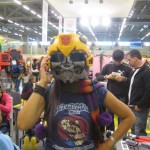 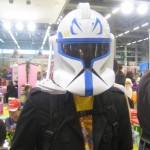 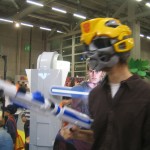 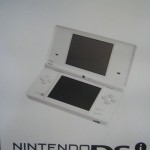 Get a DSi for free 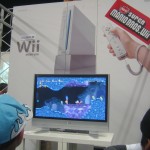 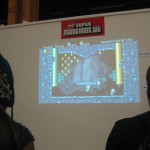 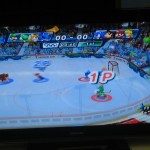 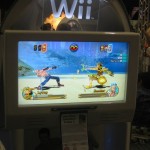 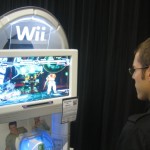 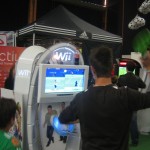 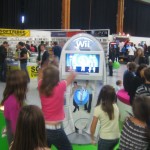 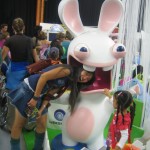 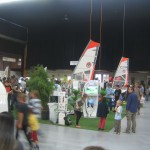 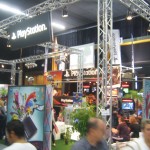 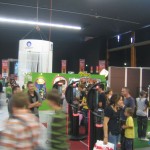 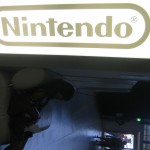 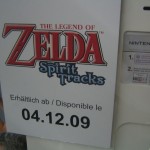 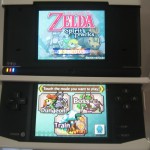 The Legend of Zelda: Spirit Tracks

E3 is one of the biggest videogame event, or at least used to be. During my holidays I came across a flyer announcing E-Games, an event in Bern. Would that be a Swiss version of E3 ? I thought so, until I noticed pictures of girls playing with dolls. Anyway I just had to check it out.

It turns out there is three halls, one for train/plane models, another for common toys such as Lego, Gi-Joe etc. And of course, the main interest an entire hall for videogames. We kind of worried when we noticed the last hall was an old and small building a bit away from the main building. To keep the suspense, and wait for a friend who never showed up, we first had a look in the first halls. That actually was pretty much fun. Lots of young kids, but also brand new toys, which actually didn’t change much from the one I used to have.

Anyway, time to go for our goal. The old building turned out be very interesting as well. It started very well at the entrance with free DSi to exchange with ID card. The first stand was actually Nintendo’s, where we immediately recognized New Super Mario Bros Wii and Wii Sport Resort with motion plus. We tried both of them of course. Mario was an instant four player fun, and Wii Sport Resort was quite promising for the Motion Plus.

Then came Sony place, with brand new PSP Go (which I didn’t touch because of my religion). I didn’t see any exclusivity there except maybe EyePet which looks fun, but I am wondering how long you can play before getting bored. Gran Turismo 5 Prologue, LittleBigPlanet, Ghostbusters: The Video Game, FIFA 10, SingStar were there as well. Microsoft were not present, except a few console here and there, so that’s all for constructors. Besides, there were of course a lot of Guitar Hero/Rock Band. And DJ Hero as well. Strangely there was not much people for DJ Hero. We also played Tatsunoko vs. Capcom: Ultimate All-Stars, Dead Space: Extraction for Wii, Fight Night Round 4 (very impressive skins), Risen on PC. UbiSoft demonstrated a few games as well, but rather for young audience, no Assassin’s Creed unfortunately. We saw as well Tekken 6 and Left 4 Dead 2.

It looked small from outside, and was not that big from inside either, but honestly that definitely was worth going. Good ambience, lots of games, even a few exclusivities . I already booked for next year, from 29th September to 3rd October. But I almost missed the best ! Going out we came back to Nintendo place and I had a last look at all these guys lying down and playing DSi  when I noticed there was a DSi booth with the brand new Zelda ! Needless to say it looks very promising as well. Looking forward to playing all these games (after finishing the current one of course ;)).